Jha: The two extremes of rheumatic diseases possible appropriate definition and their bearing 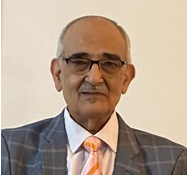 It is a famous saying that “extremes” of anything are precarious. When it comes to Rheumatic Diseases, the two extremes of the disease can be identified –

Identification of the first extreme, “the pre-clinical stage”, helps in deciphering the future likelihood of the disease. At this stage, therapeutic intervention is likely to either abort the disease or achieve an early remission.

Identification of the other extreme, when the disease can be defined as refractory to treatment or “difficult to treat” (D to T) rheumatoid arthritis.

These symptomatic patients of rheumatoid arthritis reflect a complex interplay of disease. This stage is a stimulus for opening up new vistas of therapy including “alternative medicine”.

The environmental factors' interplay with the genetic factors sequentially. This is suggested to initiate and propagate the required autoimmune process to generate the disease, rheumatoid arthritis. Finally, the inflammatory response of the tissues starts producing symptoms.

The disease-related autoantibodies like anticitrullinated peptide antibodies (ACPA) develops and sometimes also rheumatoid factors (RF), much before clinical features of tissue inflammation appear. Minimal features developing at the earliest labels them as unclassified or non-specific before the symptoms, signs fully bloom into rheumatoid arthritis.

These ‘at risk’ individuals pass through different stages before the disease appears with its classical picture.

Screening individuals with a high risk of developing RA in the future should selectively be used amongst first-degree relatives of RA patients, autoantibody-positive individuals, twins of RA patients. This screening can also cover the population with high disease prevalence. Though these studies prove costly, they can evolve into a management program where the disease can be arrested or aborted even before it becomes clinically evident. Such screening programs can evolve into preventive strategies. Symptomatic patients require to be managed effectively with early achievable remission or low disease activity.

A significant proportion of patients with rheumatoid arthritis continue to remain symptomatic even after the management of appropriate recommendations. They have been coined “difficult-to-treat” (D2T) RA. EULAR steering committee resolved this terminology based on a survey amongst international rheumatologists.

The undermentioned three criteria have been agreed to define the mandatory components within the framework of “difficult-to-treat” RA:

A clear definition has been lacking for these patients eluding remission or low disease activity despite the addition of newer drugs and new management approaches. Different terms have been in use for these patients like severe, refractory, resistant to multiple drugs or treatments, complex, and established. Difficult-to-treat is a widely accepted term in pulmonology, psychiatry, and cardiology, hence, was accepted by the EULAR task force.

The clinical challenge of managing difficult-to-treat RA will require practical management recommendations. Several factors including persistent inflammatory activities due to the resistance of the disease to DMARDs, limited drug options due to adverse drug reactions, and/or co-morbidities precluding the use of DMARDs or non-adherence to treatment, may complicate the management of these patients. Concomitant diseases like psychosocial factors, fibromyalgia, and osteoarthritis can result in non-inflammatory pain mimicking inflammatory activity. EULAR management recommendations are still under development but hopefully are likely to cover both underlying inflammatory and non-inflammatory factors. The definition encompassed:

Acceptable glucocorticoid dose for chronic use remains a matter of discussion but there is no denying the fact that a significant number of RA patients are treated with long-term glucocorticoids. Current EULAR recommendations consider using glucocorticoid on initiating or changing CsDMARDs with simultaneous emphasis on tapering glucocorticoid as rapidly as clinically feasible. The risk of harm is generally low at long-term doses of ≤ 5 mg prednisone equivalent/day as perceived by the task force in charge of evaluating the risk of long-term GC therapy. Inability to taper glucocorticoid treatment below 7.5 mg/day prednisone or equivalent has been listed as criteria by this EULAR task force with its limitations.

Achieving sustained remission or low disease activity following current EULAR recommendations is the principal goal of RA management. A newer management protocol should necessarily be developed for these difficult-to-treat RA patients. Robust and consistent identification of these difficult-to-treat patients has been achieved by this EULAR definition requiring further work to provide detailed recommendations for management.

© This is an open access article distributed under the terms of the Creative Commons Attribution-NonCommercial-ShareAlike 4.0 International License which permits unrestricted use, distribution, and reproduction in any medium, provided the original author and source are credited.